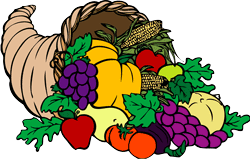 Caring For Our Community Since 1985 Learn More

The Trenton Care & Share Food Bank is an independent corporate organization. We are a proud and active member of Feed Ontario and in good standing with Food Banks Canada.

We accept donations from the general public, service clubs, churches and business organizations. All monetary donations are given a tax receipt as we work under the Charitable Gifts Acts #119268845RR0001.

All donations of food product are accepted under the “Donation of Food Act, 1994.”

This bill provides that a person who donates food or who distributes donated food is not liable for injuries or death resulting from the consumption of the donated food unless the person intended to injure the recipient of the food or acted recklessly in donating or distributing the food.

Our mission is to serve the people of Quinte West within our Feed Ontario designated borders by providing food to individuals and families who are experiencing food insecurity. 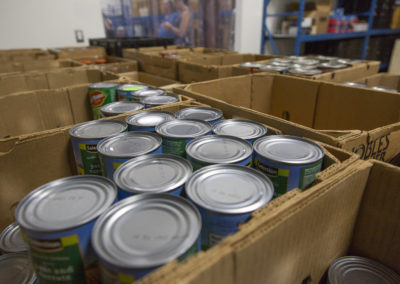 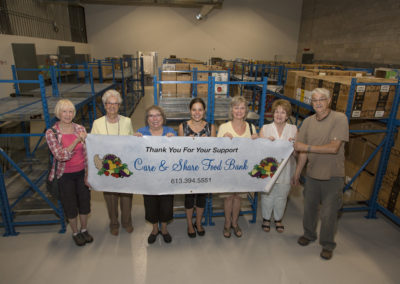 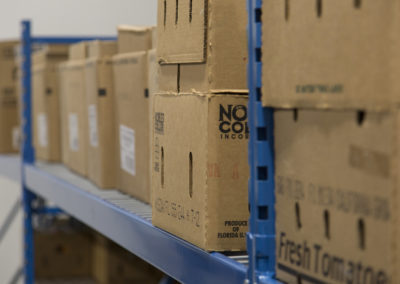 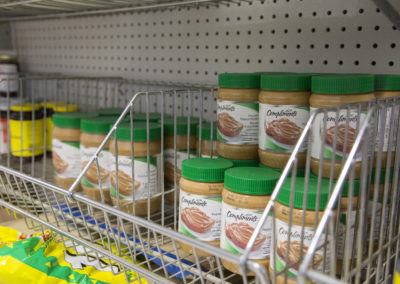 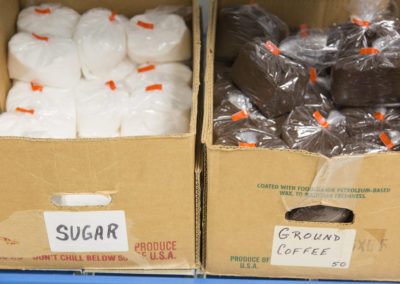 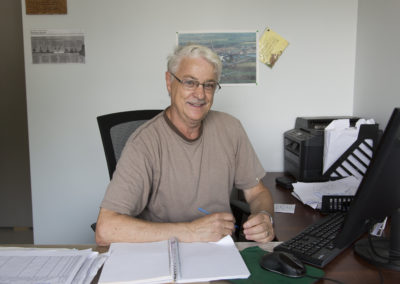 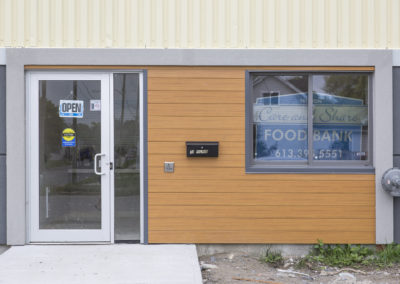 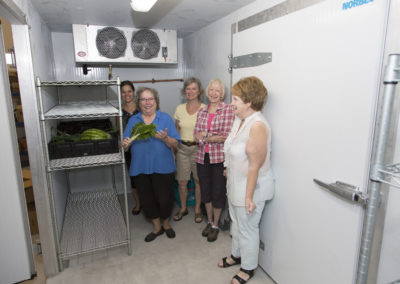 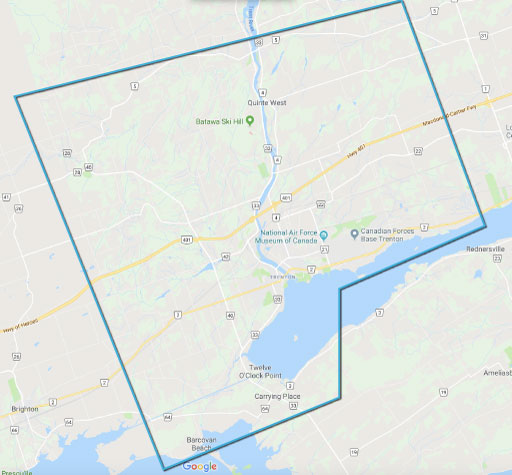 From the lake shore up the west side of Montrose Road subdivision to Wallbridge; then west along Frankford Road 5 to Stoney Point Road in Wooler; then south to the lake shore back along to Carrying Place then east along the shore line back to the start point.

The idea of a food bank in Trenton goes as far back as 1985 when a dedicated group of people at St. George’s Anglican Church, Trenton began looking at the poverty issues of the day. Mayor Neil Robertson and City Council gave it their fullest support in June 1987.

People needing assistance were taken care of by churches and social agencies. It was not a new phenomenon. The perceived need at the time was awareness that there were working poor in our community that needed help to make ends meet after paying rent, heat and lights with nothing left over to buy food. The food bank was developed as a temporary emergency measure to offer help to those in financial difficulty.

The first home for the food bank was located at King and Divisions Streets at Trenton’s old police station donated by the Trent Port Historical Society. The first a manger was Susan Albert who held this position for two years 1987-1989. It was located there for five months after July 1987 when it first opened its doors. They had to move because the old police station was without heat, water or hydro and in need of renovations. With the help of personnel from 8 Wing Trenton, the move was made to another location.

The new location was provided by Parks and Recreation at 344 Dufferin Avenue It moved there in November 1989. No charge was levied against the food bank use by the city council. Rose Bowman became the new manager on September 18, 1989. She held that position for two years until 1990.

The City of Quinte West initially provided the food bank with rent-free accommodation at the Dufferin Centre. Over time a monthly rental fee of $285.00 was imposed. When the City gave notice of eviction to be out by August 31, 2006 the food bank had to find a new home in the private sector.

A new location was found in the private sector in the old Marmora Street High School. It came with a cost. The rental went from $285 to $900 per month plus heat/lights and water costs.

Once again, the base came through with the needed help to move the food bank. The move was made on the 3rdof May 2006 with the help of ATTESS 8 Wing Trenton.

In July of 2010 the food bank had to move for a third time with the help of ATTESS once again. It moved to 38 Guelph Street at a rental cost of $1400 per month plus heat/lights and water costs.

In 2018, it was time to move the food bank into a permanent location. With the assistance of the City of Quinte West, the food bank moved to 30 Pelham Street in August 2018. This city building was renovated with the specific needs of the food bank in mind. We’re excited to move forward in serving our community from this new location.

How do I know if I qualify to use the Food Bank?

The Care & Share Food Bank exists to be an emergency source of food in our community. Emergencies come in many shapes and sizes, including but not limited to: job loss, unemployment, illness and unexpected life events. We are here to help those who do not have enough income in a month to cover their necessary monthly expenses on top of providing food for their family.

What do I need to bring with me on my first visit to the Food Bank?

Do I need an appointment?

No appointment is necessary. Clients are served in the order of their arrival. Visits usually take around 20 minutes at most.

I’m working or not available to visit during the hours you are open. Can I send someone on my behalf? Can I arrange to visit outside of the food bank’s normal operating hours? Do you deliver?

How often can I visit the food bank?

How much food do you give out?

Food quantities are based on how many people are in the household.

What kind of food do you give out?

Why did I receive food that was past its “best before” date?

Do you give out pet food?

We do not consistently receive pet food donations, but when we do they are distributed. Please ask us if we have any on hand!

What other food-related programs and services exist in the Quinte West area?

What food items do you need most?

While all items are appreciated, items we may be short on at any given time will be posted here.

Where can I bring my food donations?

How can I make a monetary donation?

Is it better to donate money or food?

Both monetary and food donations are beneficial and gladly accepted. Monetary donations allow us to cover additional expenses that are essential to running the food bank (i.e. transportation of donations), as well as allowing us to stock up on food items when they go on sale. Food donations provide us with direct, specific and immediate ways to serve our clients.

I would like to volunteer. How can I do that?

There are several different ways you can volunteer with the food bank:

I have a done a food drive at my workplace, business, school, etc. Can you pick up these donations?

Yes, please contact the food bank manager at 613-394-5551 or manager@trentonfoodbank.ca to arrange the details.

I would like to set up a drop-off location at my business (etc.). Is this possible?

Yes, please contact the food bank manager at 613-394-5551 or manager@trentonfoodbank.ca to discuss the details.

Do you accept donations of fresh food (i.e. from my garden) or frozen food?

Yes, we do. Please ensure these donations are dropped off directly to the food bank during operating hours to ensure timely distribution and/or storage in fridge or freezer.

Do you accept donations of pet food?

We accept donations of pet food.

Will I receive a receipt for my monetary donations?

Yes, all donations that are $10 or more are tax receipt-able, if a mailing address has been provided. You will receive a receipt in the mail or at the food bank office when the donation is made.

Will I receive a receipt for gifts-in-kind donations?

Yes, if you have a market value receipt for the gift-in-kind.

5The Trenton Care & Share Food Bank will be closed for the following holidays: